The Gabelli School of Business has established a one-of-a-kind center dedicated to educating students, supporting alumni, and collaborating with leading practitioners in the credit analysis industry.

The center, known as the O’Shea Center for Credit Analysis and Investment, was created thanks to two generous contributions totaling $2 million from Robert O’Shea, GABELLI ’87, and Michele O’Shea, FCRH ’88, and Michael Gatto, an adjunct professor at the Gabelli School. 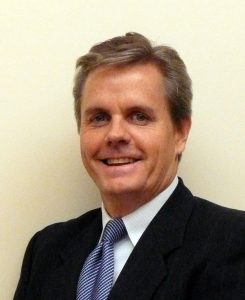 With their gift, the O’Sheas have directed $1 million toward the center. They also donated an additional $250,000 to be split evenly between the Fordham Founder’s Undergraduate Scholarship Fund and the Gabelli School of Business Centennial Fund, which supports faculty and student research as well as curriculum development.

O’Shea—a co-founder of the Connecticut-based hedge fund Silverpoint Capital and a former partner at Goldman Sachs—has deep Fordham roots. He and his wife Michele are alumni, as are their three sons, Robert, FCRH ’13, Conor, GABELLI ’17, and Parker, GABELLI ’19.

He said he hoped the new project would become a “center of excellence” at the Gabelli School.

“It’s about creating areas where we can bring in professors and leaders who will dedicate tremendous time, commitment, and effort to help bridge the gap between academia and the financial markets,” he said.

The launch of the O’Shea Center was announced at an Oct. 27 event featuring Gatto, who will be the center’s director. Gatto, who is also a partner at Silverpoint, has been teaching the Credit Analysis class to undergraduates at the Gabelli School for six years.

“When he joined us at Silverpoint, Michael often spoke about his passion for teaching. So, I encouraged him to create a course that we could offer at Fordham that would take advantage of his extensive background in restructuring companies and his deep experience in teaching,” O’Shea said.

“It was a natural fit, as Gatto was the director of Citibank’s Credit Training Program early in his career. The program Michael ran for Citibank was considered a mini-MBA. He later started his own company, designing and teaching credit training programs for Citibank and other global banks around the world,” O’Shea said.

“Michael has been involved in companies in all types of credit situations, including restructurings. The center will provide an education in finance that you will not find at an undergraduate level anywhere else in the country. Gabelli students will learn how to assess risk-adjusted return across complex debt investments through a curriculum based on Michael’s experience,” he said.

“In addition, as the concentration will offer its graduates so many different career options, we will embed career advice on how to leverage the concentration into a multitude of jobs where there is great demand in the economy.” 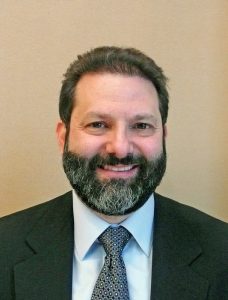 Gatto, who also contributed $1 million to the center, said he envisions three areas of focus for the center: Teaching, networking, and research. On the curriculum level, he said the establishment of a secondary concentration in credit analysis will make the Gabelli School stand out in an area that is underserved.

“Historically, the investment banks would just hire the best and brightest and have to train them in three- and six-month credit programs. I used to design those and teach those around the world. It’s a technical skill, and no one was teaching it at the undergraduate level,” he said.

“It gives Fordham a real opportunity to develop a curriculum and train students, and those students are going to be better prepared to get the jobs and succeed at those jobs.”

The second area, focused on networking, conferences, and professional development, will build on the success of previous Gabelli School events: two extremely well-attended conferences on distressed debt, held last year and in 2018.

“There was a confidence because we had these two conferences that were in the middle of the day, so people had to take the day of work off, and they both sold out immediately,” Gatto said.
“You had people who showed up who wanted to stand in the back and watch it, and we had very distinguished guests who participated in panel discussions.”

The third area, he said, will be working to connect fellow members of the faculty with private sector actors on Wall Street who can aid with research.

Donna Rapaccioli, Ph.D., dean of the Gabelli School, said the center is part of a larger goal to implement a curriculum that is relevant in today’s business world. She compared it to the Gabelli Center for Global Security and Analysis, which focuses on the equity markets.

“This is branching out into a new, very industry-relevant space for us, which will complement the work that the Gabelli Center is doing,” she said.

“It’s about industry relevance, and connectivity, and making sure our students are educated in a way that allows them to add value right away and hit the ground running.”

Rapaccioli spoke with Gatto at the Oct. 27 event, a fireside chat that was part of the school’s centennial virtual speaker series. In one exchange, she asked him why someone should choose to invest in debt versus equity. Gatto explained that because the loan markets were less liquid and less efficient than the equity markets, those investors who focused on credit could create real Alpha for their clients (Alpha being excess returns relative to the risk of the investment).

O’Shea also emphasized the importance of debt markets and the need for students to be educated about debt and credit.

“Credit drives our global economy. This program will prepare students on how to assess the creditworthiness of companies as they learn about debt capital markets. The debt markets in the U.S. are larger than the equity markets. The new center will allow students to develop a deeper understanding of evaluating risk-adjusted return across credit markets; it will be a complement to our existing value investing program in the equity markets at the Gabelli School.”

The Bond King: Bill Gross and his Influence on American Finance